If the early screening (after 12 years of age) shows indications for performing a cerclage, the procedure may start. Your obstetrician/gynaecologist will decide which type of cerclage is appropriate for you depending on the specifics of your condition. 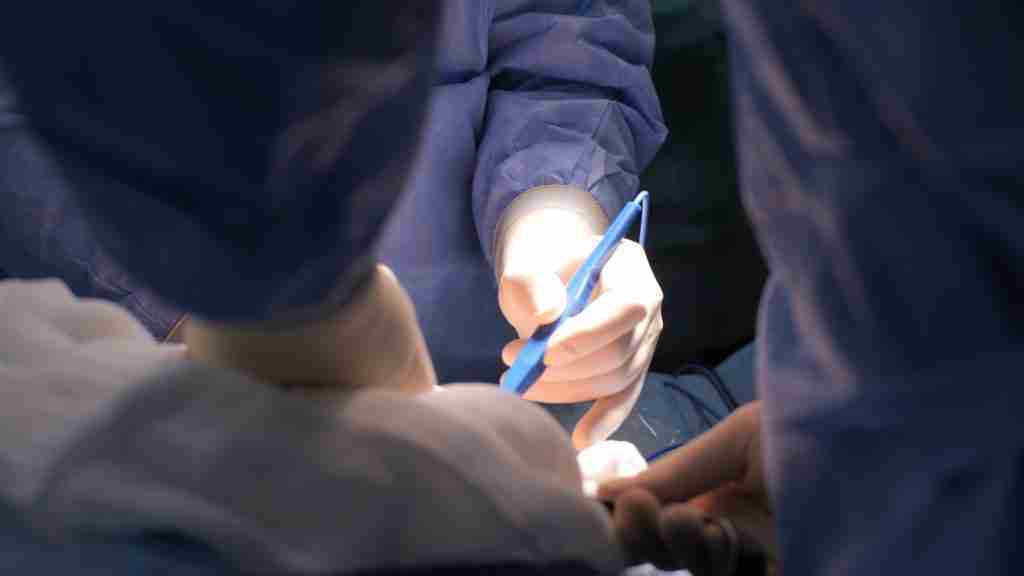 Cerclage is an operative technique to keep pregnancy as close to term as possible (37-th gestational week) by mechanical support of the cervix – plating the vaginal part of the cervix or the cervical canal.

What are the indications of placing a cerclage?

Cerclage can be applied for prophylactic or therapeutic purposes.

In which gestational week is the cerclage performed?

If the early screening (after 12 years of age) shows indications for performing a cerclage, the procedure may start. Your obstetrician/gynaecologist will decide which type of cerclage is appropriate for you depending on the specifics of your condition.

How is the ETCO cerclage better?

In the most commonly used method, McDonald cerclage, stability is achieved by sheathing the vaginal part of the cervix, as is the principle of cervical closure in Shirodcar, Hefner, etc., cerclage, the suture being removed before term and delivery according to obstetric conditions.

The disadvantage of the technique is that it allows the entry of microorganisms from the vagina, which cause infection of the internal cervical axis and the amniotic bladder and may cause premature maturation of the cervix, thinning and rupture of the occluding membranes and premature delivery.

In the ETCO method, the weaknesses of traditional cerclage techniques are overcome by plating the cervical canal from the inside and achieving complete closure of the cervix to not only stabilize the cervix but also to build a barrier against vaginal microorganisms. Another advantage of the method is that the cerclage does not have to be removed before the term or when labor has started, because it is resorbable (self-degrading).

The surgery is considered successful if the pregnancy reaches the 30-th gestational week or more.

The ETCO cerclage is indicated when other cerclage procedures have failed in previous pregnancies or when multiple pregnancies have been lost due to cervical insufficiency. The decision as to which approach is advisable for you specifically will be made by your supervising obstetrician in view of your particular condition and its specifics.

With a McDonald cerclage, you will be admitted to the hospital for a two-day stay. Your obstetrician-gynaecologist will inform you in advance what the procedure involves and fix the intervention date. You will be admitted to hospital on the day before the cerclage. The manipulation itself lasts about 10-15 minutes and is performed under short-lasting intravenous anaesthesia. After it is completed, you will remain under observation in the Gynaecology Department and will be discharged the following day. You may have scant bleeding and experience pain in the first few days after the procedure, for which you will be prescribed special medications and analgesics and will be given recommendations for your management after discharge.

For ETCO cerclage, admission to hospital is envisaged for a two or three day stay. Your obstetrician-gynaecologist will inform you in advance what the procedure involves and fix the intervention date. You will be admitted to hospital on the day before the cerclage. The manipulation itself lasts 40-60 minutes and is performed under general intubation anaesthesia. After it is completed, you will remain under observation for a few hours in the Resuscitation Unit, after which you will be transferred to the Gynaecology Department. You may have scant bleeding and experience pain in the first few days, for which you will be prescribed special medication and an analgesic, and will be given recommendations for your management after discharge.

After insertion of the cerclage, a microbiological examination of vaginal fluid (vaginal swab) should be performed every month to rule out the presence of infection.

What is the risk of complications after the procedure?

As with any surgical intervention, there is an albeit minimal risk of complications, including bleeding and miscarriage. To prevent such complications after the procedure, the pregnant woman is prescribed special therapy to suppress uterine contractions (antispasmodics and tonolytics) and is advised to observe bed rest.

What happens with cerclage in childbirth?

As the serclage sutures in ETCO are resorbable, at the onset of labour as a result of tissue changes in most patients the cervix has softened and dilatation of about 1-2 cm has been achieved. If there is no dilation, the cervical canal has to be opened instrumentally or digitally (finger).

If a McDonald serclage is placed, the serclage thread should be removed in the 37-th gestational week.

Laparoscopic cerclage is an intervention to stabilize the cervix and prevent preterm labor. It is suitable for certain patients in whom a cerclage cannot be placed through the vaginal approach due to insufficient cervical length, cervical defects, amputated cervix after oncological disease, and those with a history of failed pregnancy despite prophylactic vaginal cerclage.

Preferably, cerclage should be placed before conception when the risk of bleeding and injury to adjacent organs is lower and the procedure is associated with better outcomes. it is also possible in certain cases to perform it in early pregnancy, but no later than the end of the first/early second trimester after excluding major foetal structural abnormalities and aneuploidies. In certain cases, in advanced pregnancy, the placement of the cerclage is difficult due to the large size of the uterus and the highly engorged uterine vessels, which increases the risk of complications and makes the procedure difficult to perform.

The intervention is performed in an operating theatre under general anaesthesia. Through small incisions in the abdominal wall, the abdominal cavity is reached and a laparoscopic suture is placed in the isthmico-cervical area under visual control. The advantage is that the suture can be placed higher than with vaginal cerclage. The risk of vaginal infection due to a foreign body in the vagina is also minimized, as is the possibility of thread migration.

The risks of laparoscopic cerclage are primarily from bleeding. Literature has recorded cases of thread migration, bladder and rectal injuries, foetal growth retardation, and transient discomfort, which in most cases resolves quickly.

Obstetric management of laparoscopic cerclage is by elective Caesarean section. The cerclage suture is then removed.

The procedure is well-tolerated. In the absence of genital bleeding and pain symptoms, you will be discharged after 1 or 2 days, before which your attending physician will give instructions for follow-up therapy and recommendations for management. From this point until the day of delivery, your pregnancy follow-up will not differ significantly from that of other pregnant women.