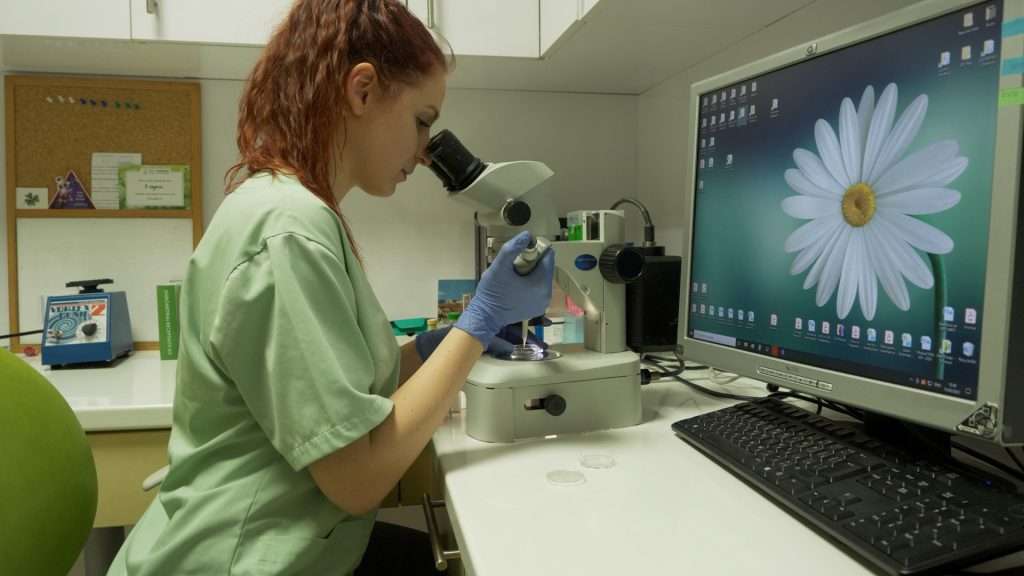 The zona selection method is used at Nadezhda hospital.

Zona selection is a method for selecting spermatozoa for ICSI, based on the sperm’s functional capacity to discover and bind to the egg’s zona pellucida.

The zona pellucida is one of the egg’s protective layers, which can be penetrated by only the few sperm with the best quality and fertilisation potential. This characteristic is the basis of the zona selection technique. The purified spermatozoa are applied over a layer of solubilised zona pellucidae, and the embryologist selects for ICSI only the ones that manage to bind successfully.

How is zona selection different from other sperm selection techniques?

Various other methods exist for sperm selection based on functional characteristics. For example, some use hyaluronic molecules, which are part of the outermost egg layer outside the zona pellucida. Those selection methods are not frequently used in clinical practice since research has not shown their undisputed efficacy. However, research on the zona selection technique shows that the percentage of fertilised eggs following its application is significantly higher, and the resulting embryos are of better quality.

Zona selection is different from the PICSI DISH technique in that it uses natural molecules from the outer egg layer of the particular woman in the couple. This contributes to a more detailed and natural communication between the sperm and the selective surface. In contrast, the PICSI DISH method uses modified molecules that are not the natural product of gamete communication, and, consequently, its success rate is very low.

When is zona selection recommended?

Very often, the factors behind a couple’s infertility remain unknown: semen parameters are normal, but no pregnancy occurs. In such cases, zona selection can be employed to pick only the best sperm, which significantly improves the chances of successful IVF outcomes.

Zona selection allows the embryologists to pick only the highest quality spermatozoa with the best fertilisation potential.